As anyone who’s used to working in the field as a professional or semiprofessional contractor, you know the massive difference that good equipment can make. The more well-equipped a contractor is, the more gigs he’ll have on average and the less money he’ll have to spend on renting expensive equipment he doesn’t own. Some old pieces of work machinery can still do the job, but to ensure the whole job is done right, you’d need to buy specialised test and measurement equipment. In that sense, let’s disclose some modern pieces of testing equipment that are in huge demand from contractors and handymen alike. 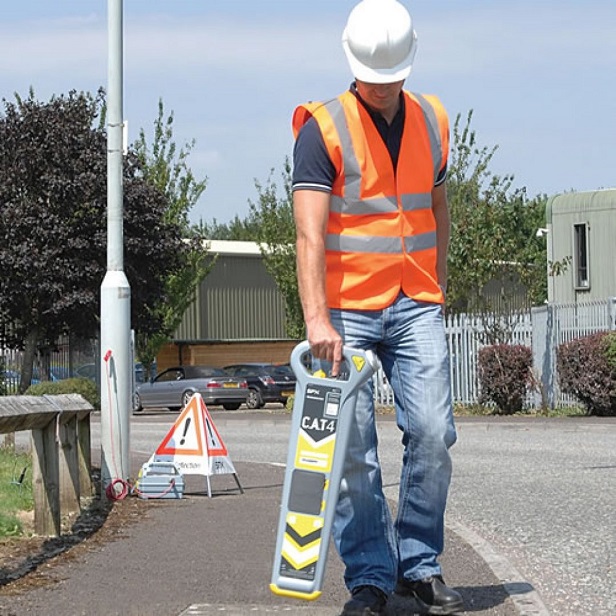 First off, we’ll start with a nifty piece of scanning equipment known as a cable radio detector, which lets you locate buried cables, pipes, infrastructure and other underground utilities. One such scanner is the radiodetection cat manager known as the CAT4+.

The CAT4+ underground service locator delivers not only highly refined locating capabilities but is also specifically designed to help the operator find more buried utilities. It uses electromagnetic radio transmitters and receivers to get a precise conducting image of the area under it, which is why every electronic-oriented contractor should get a reliable radiodetection cat manager.

The CAT4+ has a feature called Avoidance Mode™ which lets the operator check an intended excavation area for power, radio and Genny signals, while locating utilities in a single scan with pinpoint accuracy. The ‘tidemark’ feature enables the user to quickly spot a peak response and zero-in on a buried conductor.

The Genny4 Signal Generator provides simultaneous dual-frequency locator signal outputs. Aside from the default 33kHz locate signal which is used for general purpose locates, the Genny4 transmits a second higher frequency designed to ensure the location of small diameter cables such as telecoms and street lighting, which includes spurs. For the somewhat difficult locates, the power boost function enables the locate signal to travel further and deeper while also coupling onto utilities more easily.

The Genny4 can even work in a wireless inductive mode, which involves placing the transmitter on the ground over a cable and allowing wireless coupling of the signal onto the buried services and cables. The CAT4’s proprietary StrikeAlert function warns you of shallow buried utilities and cables. The main operating modes of the device are:

Avoidance Mode – for rapid scanning and locating while simultaneously searching for power, radio and Genny signals in parallel at the same time;
Genny Mode – Detects the signals transmitted by the Genny4, with a rough estimation of the depth of buried services;
Power Mode – Detects electromagnetic fields generated by live cables;
Radio Mode – Detects long range radio signals as they travel along with buried cables or pipes; 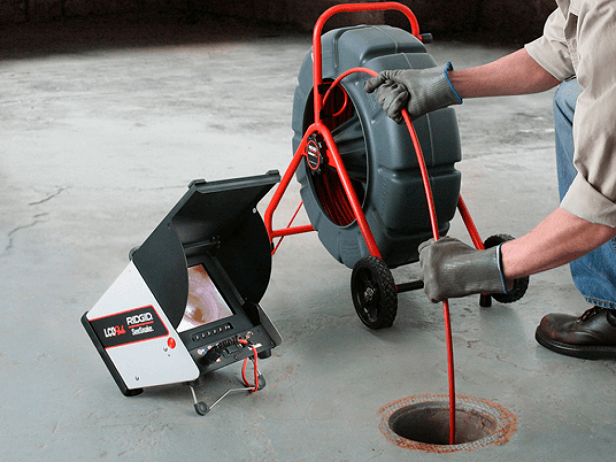 Choosing the right sewer inspection camera is another must. These cameras are a remarkable piece of modern equipment. By applying the same technology found in medical endoscopes, sewer cameras let you peer into drainage pipes to easily and more precisely locate the blockage, which allows you to target the blocked areas and surgically fix them without the need to disassemble half of the local water supply.

The camera consists of three main parts, the head, which holds the camera, the cable that carries the fibre optic link to and from the head and the case, which holds the monitoring equipment and screen. The operation of such a device is simple, all you have to do is place the head in the open pipe and then feed the cable slowly down into the sewer. The head has small motors which can be operated remotely, that guide the camera through the pipes until it reaches its targeted destination. The head is illuminated by a powerful LED light, that can light up the whole tubing, allowing the sewer camera to see everything.

These types of camera inspections are in need quite often, and so contractors who own such tools are higher in demand. By using this type of noninvasive approach, you avoid tearing up a lawn or busting up flooring for the sake of getting a clear picture. Though mostly used for locating blockage, the sewer cam can also locate plumbing cracks. Once you know where the problem is located, you can figure out how to fix it efficiently. Tree root clogs for instance are usually fixed with rooting machines or hydro-jetting cleaners. Cured-In-Place-Pipe (CIPP) substance is used for re-sealing most leaks and fractures and for larger pipe breaks may require pipe more destructive tech. 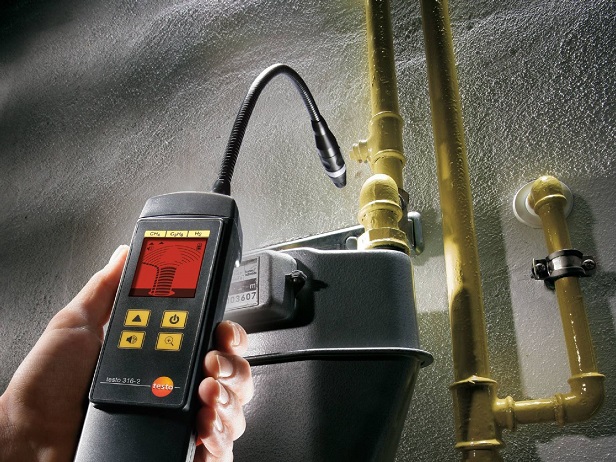 As with the sewer cameras, leak detectors allow you to find a water or gas leak in a fast and safe way. These devices have sensors that measure the quantity of certain gasses in the air, and by tracking their concentrations in different locations of the room, you can pinpoint the source of the gas leak.

Carbon monoxide or flammable gas leaks can cause a dangerous situation, so responding in a fast efficient way is key to avoid problematic scenarios. When it comes to carbon monoxide that can be generated by common appliances such as furnaces, these types of detectors give you a good idea on whether the levels are in the realm of normal. Carbon monoxide is a very dangerous exhaust that can cause asphyxiation and permanent brain damage in high doses. Similar goes for refrigerant leak detectors such as Freon detectors. Freon is very carcinogenic and relatively odourless, meaning you want to make sure nothing is leaking

Natural gas leaks are a different matter altogether. Not only are they toxic, but the problem arises when their concentration reaches a critical point where the slightest electric spark can set them ablaze. They measure levels of methane, ethane, propane and other such flammable gases in a given area and not only tell you if the concentration is critical but by triangulation techniques, they can point in the direction of the leak itself, so you can seal it up before anything bad happens.

Detectors for oxygen also exist, though they are not used as often. They do give you a good indication of whether the given room has good ventilation or stale air stagnates and lowers the breathability of the surrounding area.