Astrology is the study of the influence of planets and stars on each individual. It is believed that the Sun, Moon and other celestial bodies play a major role in shaping one’s personality and future. Planetary positions are thought to affect one’s destiny, although many astrologers believe that free will also play a huge role in any individual’s life.

The history of astrology encompasses a large range of different cultures. Astrology is believed to had its origin during the 2nd millennium BC, which was the period of ancient Babylonians. The principle and methods of astrology came up after the Babylonians started following the celestial events. The method soon spread in other parts across the world including India, China, Greece, Europe and the Middle East. Ancient Greeks believed that the stars can predict the future and looked to the sky for guidance. However, the Egyptians were those who first used astrology to forecast the character of an individual based on their exact date, location and time of birth. Birth charts or also known as natal charts have been discovered in Egypt dating as far back as 4300 BC. The Chinese have also developed a system of astrology around 2800 BC, but this Chinese astrology has evolved differently than Western astrology.

Astrology was an important part of the culture of many ancient peoples. However, astrology began to decline in popularity after the fall of the Roman empire and Christianity claimed that astrology was the work of the devil. By the time the Renaissance was in full swing, astrology has gained favor once again and during the 17th century, astrology and astronomy became two different disciplines for the first time in history.

During the 20th century, astrology became extremely popular through many magazines, newspapers and books. The New Age movement is a complex of religions that have become very popular in recent years. This phenomenon is a combination of modern science, mathematical physics along with astrology, occultism, and religious mysticism. Today it is not surprising to find out that many leaders of countries are consulting the stars. Although many people refuse to believe in astrological predictions, there also many people take astrology very seriously.

The Zodiac is the virtual belt in which the Sun, Moon, and planets move around the sky. The Zodiac is divided into twelve constellations also known as signs. A lot of factors influence the Zodiac, but the only mainstay has been the zodiac dates, which are specific times of the year that directly correspond to each of the twelve zodiac signs. 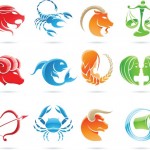 Each sign of the zodiac behaves differently in certain situations. Astrology can give you useful tips on how to improve your life. Read on to find out what to avoid, in order to have a happy and stress-free life! Aries You are very passionate, so you must not allow emotions to take over common sense. Take time for yourself, rest and relax. Excessive ambition and enthusiasm can leave you completely exhausted. You are a born fighter, so use your leadership skills to improve your life through patience, logical thinking and determination. Learn how to be more patient and wait for the right moment, it will surely come. Be sure that you are indeed right before making important decisions. Taurus Try to control your stubborn nature. [&hellip

Our Tips For Buying Gifts For All Zodiac Signs 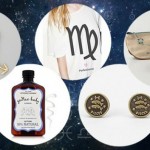 Buying gifts is a joyous, but stressful activity. Trying to find the perfect gift for someone can be a tough task. In order to buy a suitable gift, we need to know the person well and know her/his likes and dislikes. Astrology offers to help us with that, because if we know the zodiac sign of that person, finding the right gift can be simple and fun. If you believe in the influence of the planets and the stars, here are a few tips for buying the perfect gift for each zodiac sign! Aries For her: Makeup set, hat, leather bag, shoes, ruby jewelry, floral perfume For him: Shave gel, boots, hat, helmet, riding gloves Taurus For her: Jasmine perfume, flowers, chocolates, jewelry, lace lingerie [&hellip